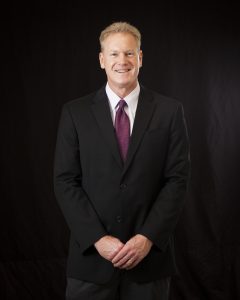 Dr. Steven DeMeester joined the Oregon Clinic in Portland, Oregon in 2016 as a thoracic and foregut surgeon with expertise in the management of benign and malignant esophageal disorders. Before joining the Oregon Clinic, he was Professor of Cardiothoracic Surgery and a Clinical Scholar at the University of Southern California where he has practiced for almost 20 years. He earned his medical degree from Loyola Stritch School of Medicine, and subsequently completed both a general surgery residency and critical care fellowship at the University of Michigan. He then went on to complete cardiothoracic surgery training, with special emphasis in general thoracic surgery, at Barnes Hospital, Washington University in St. Louis. To gain further expertise with complex foregut problems, and to refine his skills in minimally invasive laparoscopic and thoracoscopic procedures, he undertook a one-year esophageal surgery fellowship at USC in 1996 and then joined the faculty of the Department of Surgery at USC in 1997 where he practiced until moving to Oregon in 1996.

Dr Steven DeMeester is currently the President and Executive Director of the Foundation for Research and Education in Esophageal and Foregut Disease and co-directs an annual conference focused on esophageal disorders. He is Clinical Professor of Surgery with the Oregon Health and Sciences University and in group private practice with the Oregon Clinic General and Minimally Invasive Surgery section. His clinical activity includes the full range of esophageal procedures from the latest endoscopic techniques including per-oral endoscopic myotomy for achalasia and endoscopic resection and ablation for early stage esophageal cancer to minimally invasive Ivor-Lewis esophagectomy. He has pioneered advanced laparoscopic tension-reducing techniques such as diaphragm relaxing incisions and laparoscopic Collis gastroplasty to reduce recurrence rates with paraesophageal hernia repairs. In the area of complex esophageal reconstruction for caustic injuries and congenital problems he has extensive experience with colon interpositions and jejunal free grafts. His research efforts are focused on benign and malignant diseases of the esophagus and stomach, particularly hiatal hernias, gastroesophageal reflux disease and the role of reflux in lung disorders, esophageal motility disorders, Barrett’s esophagus, and esophageal adenocarcinoma. His work has led to over 150 peer reviewed publications, numerous book chapters and invited lectures throughout the world.

+ Back to About Us